This site had previously been occupied by a company that made chrome-plated metallic auto parts. The business operated at this location for thirty years before going bankrupt, at which time the company vacated the premises, leaving all the acid and pickling liquor in the dip tanks and baths. The plant remained unoccupied for another ten years, during which time acid within the baths corroded the entire inside of the plant.

A new property owner initiated the restoration project, which involved the removal of all acid within the baths, and the removal of all piping and ventilation equipment and tanks. A subsurface investigation was carried out and it was determined that soil below the pickle and dip tanks was heavily impacted with copper, total chrome, and hexavalent chrome. The stratigraphy consisted of silty clay till, and all impacted soil in the vicinity of the former baths and tanks was excavated and disposed of at a hazardous waste landfill site in Sarnia, Ontario.

A plume of hexavalent chrome was identified below the 300,000 sf. building but remained within the vicinity of the property line.

Due to the low hydraulic conductivity of the underling till, it was determined that the best way to capture the metal-contaminated groundwater was to install horizontal piping under the building and flush out the metals. Three horizontal wells were installed; completely capturing the plume and diverting contaminated groundwater to an aboveground treatment system, which created a filter cake waste, and clean water to sewer scenario.

The system was commissioned, and has been in operation for a period of eight years. It has been effective in lowering concentrations of hexavalent chrome to the regulatory criteria for a non-potable groundwater situation. 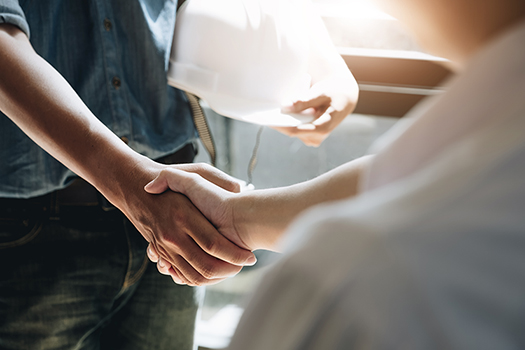 At Premier, we provide innovative solutions to the most challenging problems. Get in touch to receive trusted advice at any stage of your project.